Sun; evergreen and drought-hardy; may freeze to the ground in cold winters, but resprouts easily from the roots. Spring and summer blooms are showy. A variety of colors and forms are available. Probably native to southwest Asia; oleander has been so widely cultivated for so long that its actual origins are now obscure. Many local oleanders have been affected by oleander leaf scorch, a bacterial disease which causes wilting, grayish leaves and spreads from branch to branch, with eventual death drawn out over several years. Cenizo has been proposed as a replacement for damaged hedgerows. All parts of the plant are toxic to both humans and livestock. 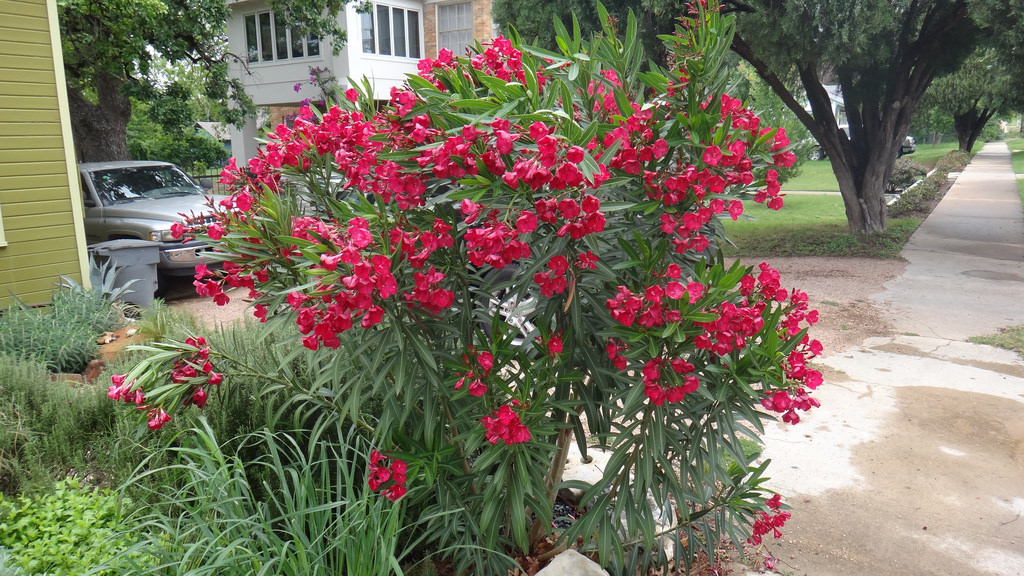 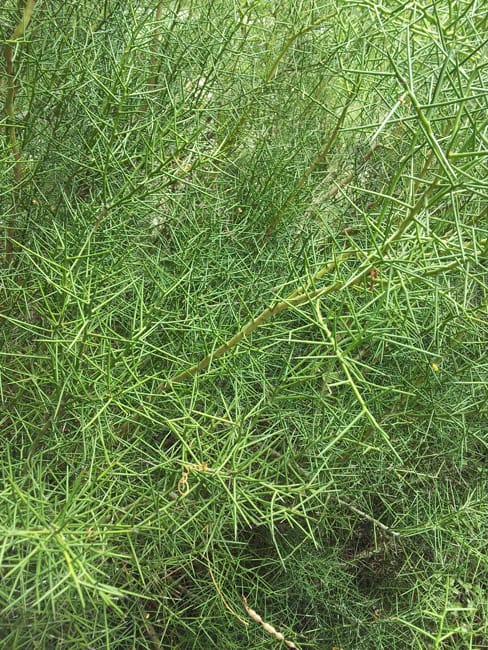 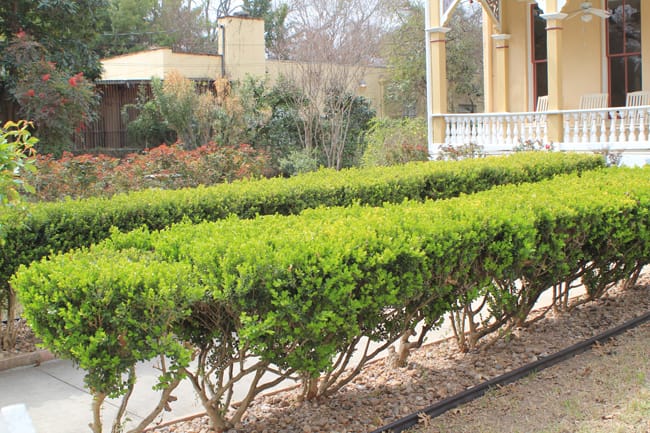 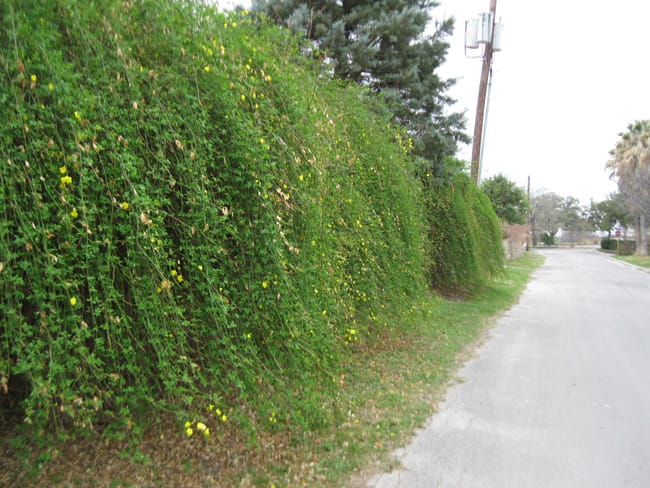 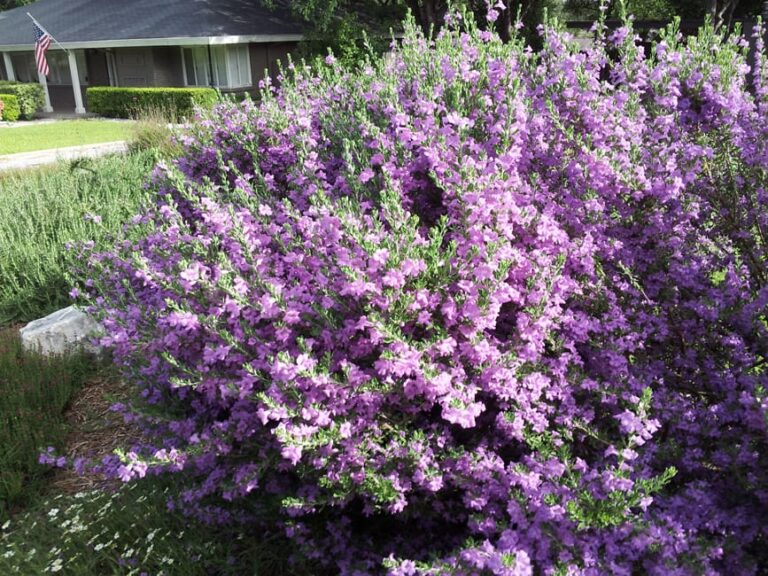 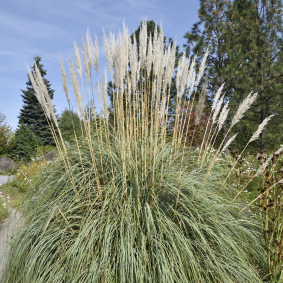 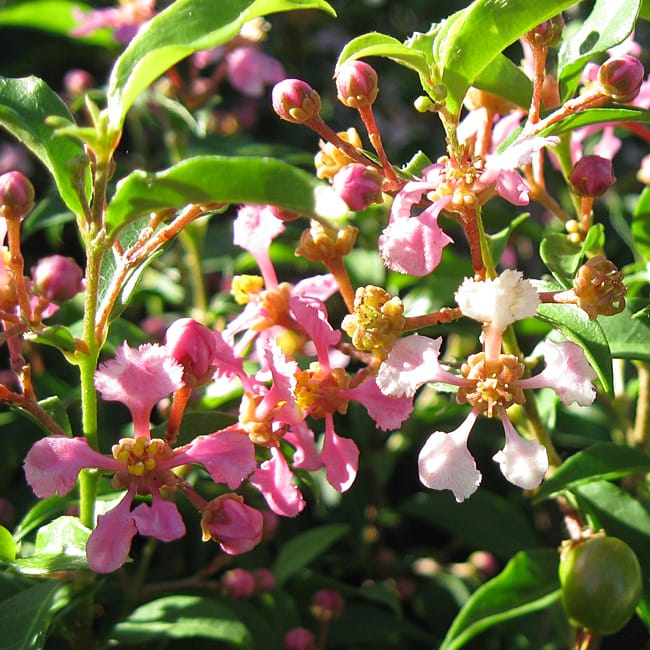 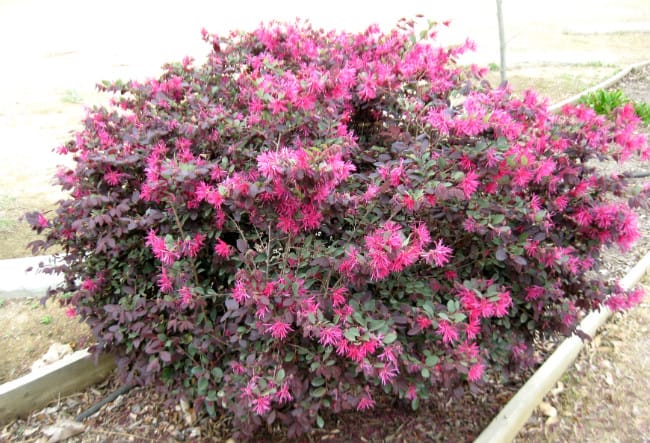 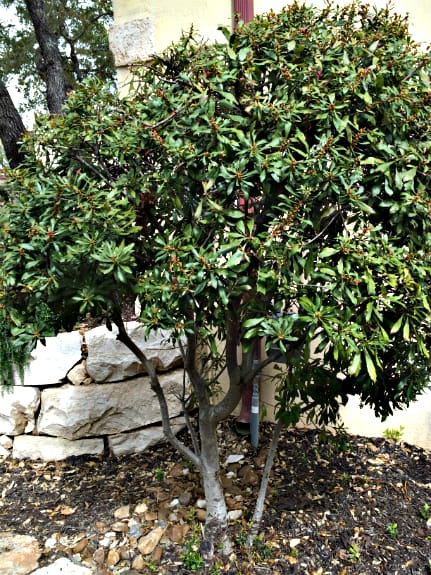 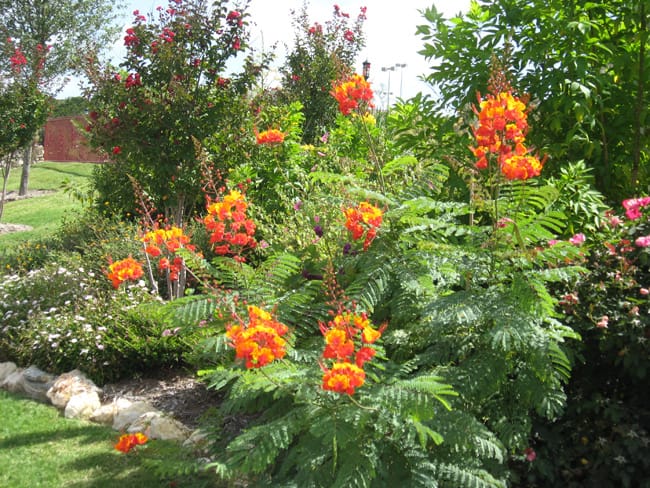